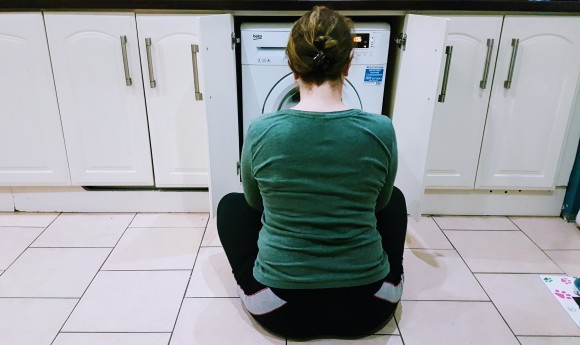 First of all, I’m not old. I’m only going to be celebrating my second thirty-ninth birthday later this year so I’m simply older and wiser and all those other good things that come with maturity and experience, m’kay? The title of this post is just a convenient expression about how one never really stops learning how to adult, even when they’ve been doing the adulting thing for a while now.

So what have I learned today? Oh, gosh… so many things, where to start even? I learned that some things are always going to be stressful even when you’re older and wiser and have been around the block a few times. You might get better at coping with the anxiety, but some experiences are just designed to put you on edge. Like, say, interviews. Or jumping off cliffs.

I learned that my dentist is a honest-to-goodness computer nerd. While stuck with my mouth open and saliva slowly tricking down my chin, I got to learn about his very first computer, which he got about the same year that I was born. It had to actually be soldered together and contained 1 kilobyte of memory. This is how he learned to code, until his father purchased a proper computer, which had not one but two 5¼ inch floppy drives. It’s still in his attic together with the receipt, documenting that it was acquired for the princely sum of IR£700. If you want to put this in perspective,  the average weekly industrial wage in Ireland would have been around £40 at that time. Despite the awkwardness of the one-sided conversation (it’s funny how dentists never seem to mind this…. ) I listened in absolute fascination as he went on to describe how his own children inherited his aptitude with computers. Particularly his eldest who, his father recently discovered, decided that he was unsatisfied with one of the popular war strategy games which didn’t have a particular map option that he wanted to play. His solution was not to find another game, but to pop open the digital bonnet and modify the game.

With cleaner teeth, and a reduced load of stress, I went on to learn that a new boss of mine speaks pig-Latin. I was convinced that I actually misheard him, and asked him to repeat what he said, because there was no way that a highly educated legal professional, standing at my desk, expertly rolling down the cuffs of his pristine white shirt and meticulously fastening his cufflinks, would tell me that he “had to amscray” early to pick up his kids.  “All-day camp” apparently doesn’t actually mean “all day” when it comes to child care options during school breaks.

Finally, I learned that you’re never too old, apparently, to sit in front of the washing machine and stare at it in fascination. Particularly when you’ve had a long, trying day, and you’ve just experimented with putting baking soda instead of laundry detergent into the washing machine for the very first time. Did you know that baking soda can make a really thick foam? So thick, in fact, I was beginning to worry, while sitting there on the tiled floor, that the washing machine might actually explode in a big foamy mess.

Thankfully, it turns out that it’s never too late in the day to keep learning new things, and that’s how I came to learn that our washing machine comes with a pause button. I mean, it’s always been there, with the words “Start / Pause” underneath, but I’ve never had cause to use it and therefore never really paid attention. Once captured by the word “pause” I was quick to experiment with this new function, and pleased to discover that a short ten minute pause while I puttered around the kitchen was enough to reduce a nearly full drum of foam to a light dusting of it on top of the single, lonely towel I was trying to wash in order to salvage it from an accidental episode of neglect in my son’s wet swimming bag.

What other useful and insightful lessons did I manage to squeeze into the day at this point? Well, as I was sitting on the floor, staring at the flashes of yellow fabric amongst the white suds spinning back and forth and writing this post in my head, I realised  I would need a feature photograph. Without any company this evening however, I learned that there are all sorts of clever ways to prop up a phone against the stove while discovering the timer feature for the very first time.

So what did I do this evening? Yeah, I babysat the washing machine.

Just to make sure it didn’t explode, mind you. That wouldn’t have been very adult of me.