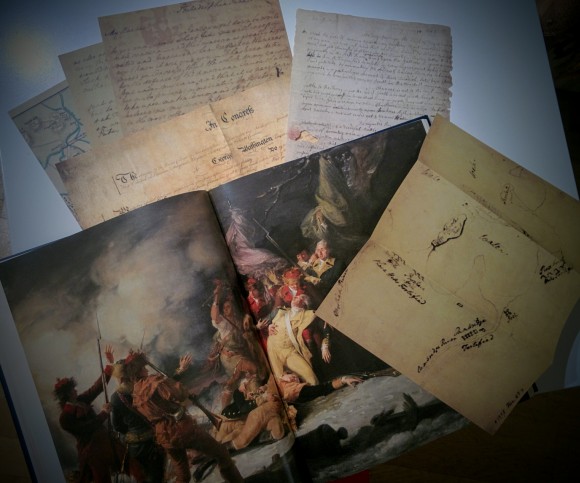 I have managed to keep fairly quiet about recent events in America on my Facebook and elsewhere, other than commenting on some posts by other people, but not because I don’t have anything to say. In fact the problem is the opposite – I have too much to say. Too much to feel. Too much anger. Too much sadness. I have joked about some of the more ridiculous statements because dark humour is better than despair. I have nitpicked at the small details because it’s easier than trying to grasp the whole.

There is something, however, that I have managed to articulate because it is a more familiar and a more comfortable topic to me and that’s about history. I spent a long time studying history in high school and in college. I enjoy it. I also believe it’s important to know. “You have to know the past to understand the present” and “the more you know about the past the better prepared you are for future” are just two examples of this sentiment. So it’s not surprising that I would have strong opinions about historical statues and the argument  that removing them is whitewashing history or destroying the American culture.

The short answer is, it’s neither. Trust me, I know whitewashing. You can’t have grown up or even just studied anything about the Soviet Union and not know about historical revisionism, and that’s just one example. History has always been written by the victors, but the degree of accuracy of the victorious accounts falls along a terribly wide spectrum. No nation likes to dwell on its darker moments. But the true test of whether a country is trying to whitewash its history isn’t in statues, but in history books. What it teaches its young people. What it acknowledges in public discourse. That is where whitewashing happens.

Removing statues is not whitewashing. For starters, the country would be overrun with bronze and marble if statues weren’t removed to make way for other monuments as time moved on. But more importantly, statues are a barometer not of history, but of values. They demonstrate what it is that we as a society consider important. Figures that inspire us, events that we consider to be important, concepts that we value. Should Germany restore whatever statues may have been put up of Hitler during his time in power? Should Iraq be censured for toppling the statues of Saddam Hussein? Would all Russians be happy to see busts of Stalin and Lenin return to every surface just so it can be said that they have not forgotten their history? Or perhaps the Irish should be forced to reconstruct Nelson’s Pillar in O’Connell Street. Otherwise they may forget that they were subjugated by the British for 800 years.

The people, places, and events that we value enough to immortalise are not static things. How we interpret events inevitably changes over time. People that seemed illustrious in one generation can lose their stature as cultural values slowly shift. What’s important isn’t what we change, but how we change it.

There is nothing wrong with removing controversial statues from public spaces and installing them in a museum. The statues of the great Confederate leaders belong there, together with the Confederate flags they flew, the uniforms they wore, the weapons they fought with, the letters they wrote, the maps they pored over while formulating strategy. Nobody wants to deny the existence of General Robert E. Lee, or what he accomplished. But instead of young people passing him in a public square where he constantly reminds a large portion of a population that some 150 years ago they were slaves, and that half the country fought to keep it that way, they can go and see him in a museum where he can be surrounded by the artifacts of his life and his achievements, and that of his contemporaries. They can learn about what caused the war and what ended it, and how it was fought. How many people died. And even more importantly, they can learn just how long a shadow such long-past events can cast, all the way into the present, by reading about why the statue was moved from the streets into a museum.

Of course, one can argue that many of the founding fathers owned slaves or tacitly accepted the practice. Should they all be taken down? Should the Jefferson Memorial be shrouded from public view? Should George Washington come down off his horse? What about President Andrew Jackson?

Not necessarily. Each community needs to decide on its own what it values and why. What do we celebrate when we gaze on the grand figure of Thomas Jefferson on the Mall? Do we dwell on the black mistress he kept or on the words he wrote that shaped a whole nation? Do we remember George Washington’s victory in the American Revolution and foresight to step down from power voluntarily after his service as President, or the plantations he owned? And as for Andrew Jackson – well that depends: is it the iconic statue in New Orleans which celebrates his defense of the city and his decisive victory against the British there in the War of 1812?  Is it a statue of Jackson in his birthplace in North Carolina to celebrate the elevation of one of its residents to the highest office in the land? Or is a statue located in the territory that, once upon a time, used to be designated as Indian Territory until President Jackson signed the Indian Removal Act in 1830, setting off a series of forced relocations of several Native American nations in what is now known as the Trail of Tears?

Context always matters. We remember and honour these figures for their deeds that shaped the birth and the future of our country. It does not mean we cannot also see their flaws and imperfections, but they are not the things which elevated them to greatness.

That is not the case with Civil War statues. Would General Lee be immortalised in bronze were he not the military leader of the seceding South? It’s not likely that the statue in Virginia exists to commemorate his distinguished service during the Mexican-American War. A very interesting graphic, first published in a report by the Southern Poverty Law Center in 2016, surfaced on the internet this past week showing when the construction of Confederate monuments peaked. It is clear that the construction of these monuments did not relate so much to the Civil War as much as they were visual responses to the changing landscape of the civil rights struggle in the South, spiking after notable events such as the decisions of Plessy v Ferguson and Brown v Board of Education. Robert E. Lee himself may himself not be a terribly objectionably individual, even though he did, strictly speaking, commit treason by fighting against the US government. A statue of him commemorating his life near his ancestral home in Virginia may not be out of order. But the statue in Charlottesville, commissioned in 1917 (more than fifty years after the end of the Civil War), like others around the South, was primarily erected not to represent his tactical brilliance or his distinguished service, but to remind people that he fought for a culture, an economy, and a way of life that rested on the subjugation of one people by another.

Society changes. Nations change. And our landscape changes with us to reflect this fact. This doesn’t mean we forget who we were, it merely means that it is not who we are now.

Quotations are from Carl Sagan and President Theodore Roosevelt, respectively.

The photograph is a painting of a titled Death of General Montgomery in Quebec on 31 December 1775 by John Trumbull, as reproduced in David McCullough’s 1776 The Illustrated Edition, together with reproductions of contemporaneous documents belonging to George Washington. It’s not the most relevant illustration to the point of the post, but it’s the closest I could create on short notice with what I had to portray “history”.