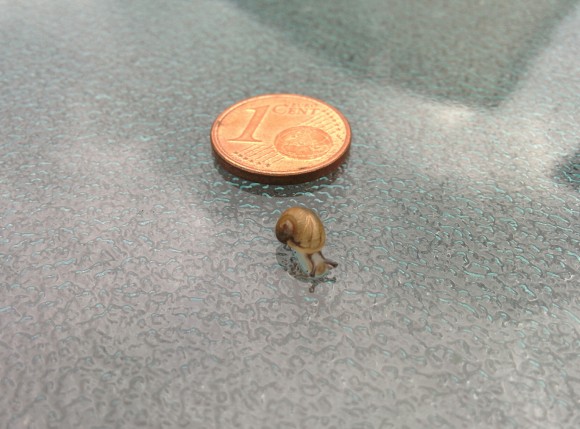 This is the teeniest, tiniest, wee ickle snail I have ever seen. And it’s prompted all sorts of questions I’ve never asked before. Do the snails’ shells grow with them? (Yes, apparently) How are snails born? (From eggs, I think?) Are they born with a shell? Does it grow in later? (No idea)

I showed it to Hawkeye but he, of course, wanted to touch it because he’s a toddler so I moved him on to other things to leave the snail in peace.

And if any of you aren’t sure how big/small a 1 cent euro coin is, here’s a photo of the snail next to my thumb.