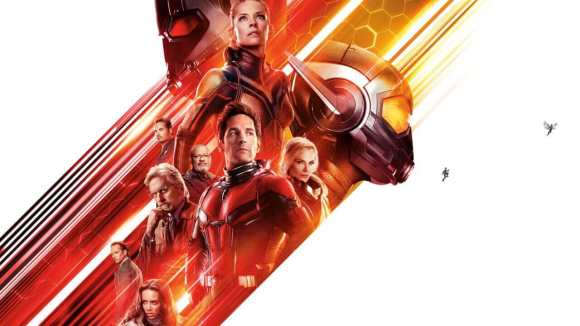 I’m way behind on my Marvel stuff. I blame this whole parenting gig. I mean, we just about managed to see the Infinity Wars in cinema by taking the day off but Ant Man and the Wasp is only the latest movie I missed in cinemas and have only now gotten around to watching at home while the wee beastie is sleeping.

And yeah, I loved it. Duh. It’s an MCU movie. I’m biased. I love them all,  including the crappy parts and the slightly awkward parts and even the cringeworthy parts. I’m a fan.

“So, if she can walk trough walls and has trouble keeping all her particles in one place, how come she doesn’t keep accidentally falling through the floor?” I asked during one of the final fight scenes with Ghost.

“Yeeeeah,” The Mister replied. “That’s one of those awkward questions the comic book writers don’t really want to think about.

It’s ok, I’m great at suspending my disbelief. I’m like a total pro. But it’s still fun to ask the questions. However, sometimes my brain gets so overexcited and geeked out I lose the run of myself. Queue my last conversation as we were watching the credit roll, waiting for the stinger. (The second stinger)

ME: “You know when Hank Pym shrinks down to the sub-atomic level, and then they shrink the whole lab that he’s in, and put it in a van like a wheelie suitcase, AND THEN THEY SHRINK THE VAN…. Isn’t that like… a quantum clusterfuck cubed to the power of three? It’s like, Inception, where you’re down in the third level and everything gets warped and you find yourself in the basement where that guy’s mom tries to kill you?”
THE MISTER: “Huh?”
ME: “You know… that guy, what’s his name… Leonardo Di Caprio! He sticks his mom in the basement of his brain and she keeps trying to kill him?”
THE MISTER: “Wha…?”

ME: “Oh! His wife! It was his wife. Yeah, he stuck his wife in the basement of his brain. So isn’t the shrunken lab on the bus with sub-atomic Pym inside just like that?”

Yeah, yeah, that image is totally property of Marvel, I’m just gushing about how much I love it and am definitely not making any money off it, m’kay?