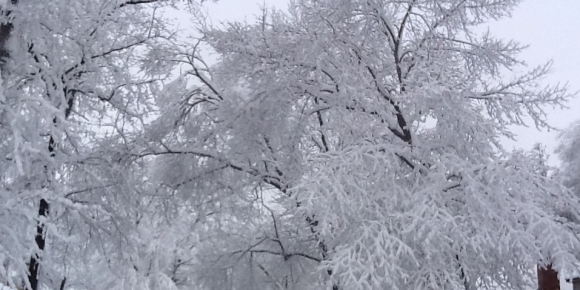 After 365 days of posting photos / blogging without fail, I am shocked to discover that I am finding it difficult to stick to a weekly posting schedule. A part of it is exactly the reason that I forced myself to stick to the 365-day self-imposed regimen even when some people encouraged me to not obsess about skipping a day or two: the challenge of personal accountability. There wasn’t many places to hide (at least not from my mother, who reads everything I write religiously) when something was expected from you daily and even though you know logically that you would be forgiven by your audience for taking a short break, you know that in your heart of hearts you would be disappointed in yourself. Let down.

This is harder to impose weekly, I’ve discovered. It’s easy to slide a post from a Tuesday to a Wednesday. You just tell yourself you’ll be back to your regular schedule the following week! There is less external pressure as the days blend together. It becomes a little easier to hide your shame from yourself. The mind is ever so good at lying to itself.

But discipline is not the only reason I’ve found myself struggling. Of all the things to encounter issues with, I did not expect writer’s block. Ask anyone who knows me – it’s not often that I don’t have something to say! Did I have days during my year of daily posting when I didn’t know what to say or photograph? Sure! Some of my entries were definitely on the lame side. But ideas jut poured fourth many times unexpectedly, or were dredged up with some effort. Given that experience, I figured my problem writing weekly wouldn’t be finding at least one topic, it would be choosing from too many!

I was both right and wrong. Since embarking on this project, I have found myself casting a critical writer’s eye over my daily life. Casual observations germinate in my mind into story ideas or narrated discussions. Funny events become anecdotes and vignettes that I try to write out in my mind while sitting on the loo or standing in the shower or walking to work.

But without that daily impetus of sitting down and writing, they vanish just as quickly. Like a bowl placed under a leaky faucet, my mind fills up with ideas during the week but when it’s time to sit down and write I spill the damn thing all over the place, with my precious ideas running down and out through the crevices of my tired brain.

Sometimes the ideas stay caught, but there is no energy to cultivate them properly.

I have not found a solution to this problem yet. Part of it is certainly discipline. But part of it is trying to mesh the demands of my life with my creative process. And it’s not turning out to be as easy to do it less frequently. I mean, sure, I love the extra free time in the evenings now. To be able to either fall into bed super early without worrying about having to pound out anywhere from 400 to 1,400 words on a keyboard first in a semi-coherent fashion. But the trade of is that loss of ideas and coherence of thought.

The obvious answer would be to try taking some notes mid-week but I find that it’s hard for me to either take the time to flesh out an idea and leave it for later, or to summarise it in a few words while in a rush. The first approach inevitably leads to me writing a full blown post as one idea, one sentence, one paragraph leads me to the next one. I cannot make time for that in the middle of the day. The second approach I find hard because I’m finding it hard to take the time and energy to record a proper few sentences somewhere that I will recall later.

One idea I was quite keen to try was dictation. As a legal secretary I have spent many years on the receiving end of audio dictation done by others. However I did not appreciate the unique skill it requires to do it well. I discovered that there is nothing better to demonstrate to yourself that your constant inner monologue that accompanies you every day does not always do so at the same speed as your mouth. Or that what you think are words in your mind are merely the impressions of half-formed shadows, a secret language of your mind that is only able to be translated into English during that magical process of touch typing your thoughts. When I try to consciously analyse my own creative process I realise that while my mind might hold the outline of a sentence securely, it will instinctively reach for and discard numerous word choices, trying their shapes within the sentence outline like some sort of a verbal jigsaw, until the correctly shaped word “clicks” into place instinctively. My fingers seem able to interpret these synapses easily, as if the detailed instructions travel straight from my creative hindbrain straight to my fingers, bypassing the conscious mind which is too busily engaged with fleshing out the overarching idea.

My main reason from switching was because I write kinda slowly and I need to focus on the words I’m actually writing to make my notes even half-way legible later. However I discovered that this was one area I could not multitask – by focusing on the words I was actually writing, I missed the next sentence of the lecturer completely, sometimes becoming lost as to where my own notation was going as I lost the thread of the lecture. It was massively frustrating and turning to typing my notes proved to be a huge study boost as my touch-typing skills allowed me to keep up much faster without having to concentrate so hard on what I was writing out. I type much faster than I write.

Completely unexpectedly I discovered the same issue with dictating ideas. I had to concentrate so much on saying the sentences the way I wanted to shape them that I persistently kept losing my actual train of thought. The mental jigsaw had to be paused while I sounded out the first sentence of my idea, and maybe the second, but by the time I was ready to verbalise the third, I had lost the correct pieces.

It turns out that typing is much more compatible with the way I think than speaking. Even when I don’t get things right I find the editing process to be smooth and half-instinctive, deleting and retying words before I even consider them fully.

So yes, this post is a couple of days late because I am struggling to adjust to new habits. Bear with me, friends. I’m sure I can get there through trial and error.

Lots of trial and error.

Ghostly snow-covered trees seemed like an appropriate imagery for writer’s block, but they are not mine. Credit for the top one goes to my mom and the bottom one to my sister-in-law, Kay.