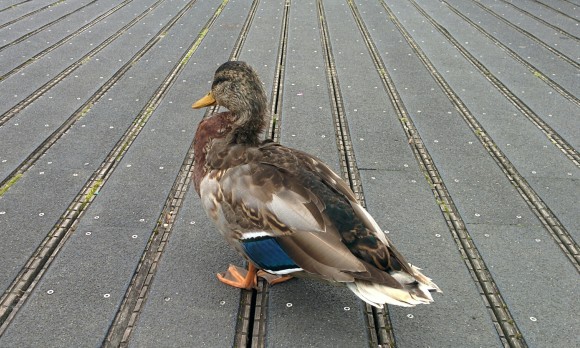 We were at the zoo again today. I’ll write about the details in another post, but there was one thing on our way out that deserves its own story.

We were on the way out at the zoo’s main entrance and exit, which is a wide platform with a deck-like extension over the big lake, when we saw a duck. Obviously, we stopped to have a look. You don’t pass by an opportunity like that when you’ve got a toddler with you. 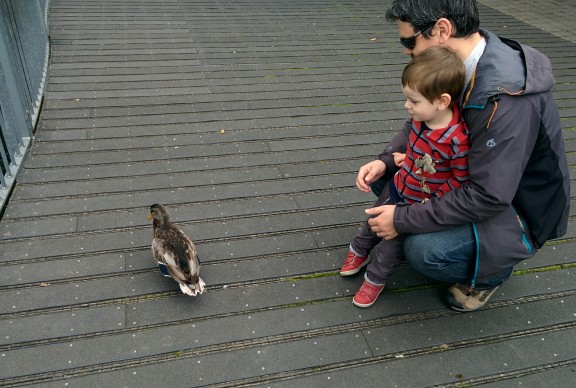 We were on a schedule, however, so the stop was brief and The Mister gently moved Hawkeye The Curious along. I stayed behind just a little bit more to see how close I could get, because I like closeup wildlife shots. I was, however, mindful that we had somewhere else to be on time, so I was quick in my attempts before resuming the walk back to the car.

“I think that’s the closest I’ve ever been to a duck,” I said, following behind.

The Mister, still sporting his shades, threw me an impenetrable look over his shoulder. “I’ve been closer.”