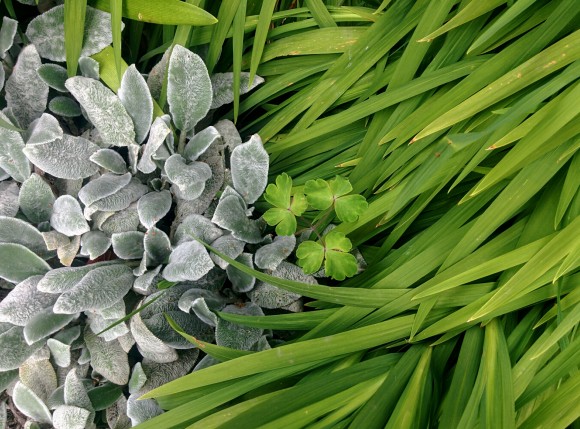 The other day Hawkeye and I were in the garden. He was busy doing very important toddler things, which as far as I can tell involve moving around dirt and mulch from one spot to another. I was busy trying to ignore him as best as I safely could. His imagination is far better than anything mommy can conjure up, right?

So I was busy taking photos of the changes in the garden. Eventually, Hawkeye got tired of moving around piles of dirt and climbed up onto the raised grassy platform in the middle of the garden, stomping around the slightly uneven surface in ever increasing circles. I sat down on the stone border and pretended I didn’t know this tiny lunatic dancing around the garden.

Until he ran up to me quickly, shouting at me for attention.

Yeah, I had to ask him to say it again to make sure I heard it right. “A tiger in the garden? Really?”

“A tiger! There’s a tiger in the garden!”

“Oh my goodness, that sounds very dangerous. Should I be scared? Do we need to go home?”

“It’s a TIGER!” He was bouncing with excitement. “Raaawwwr!”

“Maybe you better show me this tiger so that I can assess our safety,” I told him, as I stood up and joined him on the grass. He grabbed my hand and pulled me to the other side of the clearing and pointed into the shaded underbrush. It took me a moment to separate the mottled splashes of mulch and dappled sunlight and shadows from the object in question, but then I spotted the “tiger”. It did, indeed, have stripes.

“Really, honey? Are you sure that’s a tiger? It looks awfully small.”

“It’s a LYYYYYON!” Hawkeye exclaimed this time. This is his special way of pronouncing “lion”.

“Really? A lion? I didn’t think lions had stripes.”

“It’s a tiger!” Hawkeye declared conclusively. Ah yes. the fickle toddler prerogative to be absolutely certain of your assertion, but simultaneously change your mind every ten seconds.

The maybe-tiger-maybe-lion cracked her eyes open very slightly at the source of the noise. I put my finger up to my lips. “Ssshhhhhh. If it’s a tiger or a lion we don’t want to wake it and make it angry, right?”

Hawkeye looked at me with wide eyes, then copied my gesture, shushing me back. “Be very quiet,” he whispered. “There’s a tiger.”

And in the quietest of whispers he flicks out his hand miming feline claws and breathes out…. “rrrraaaaaaawwwwwr.”

The now-tiger closed her eyes. There was less noise.

I never did get Hawkeye to name the animal correctly, but I don’t think the cat minded.