Late last year the management company in our estate blocked off access to our communal garden with no warning by covering the stairs. A couple of weeks later, they belatedly got around to letting us know that an insurance inspection concluded that the stairs weren’t safe and needed to be immediately replaced. Sadly, “immediately” took a rather long time…

More precisely, it took four months just to decide on what was going to be done, who was going to do it, and for how much money. Then, in early May, signs of progress finally began to appear. Some of the brickwork was pulled up, construction fencing was placed around the area, and then … nothing seemed to happen for another three weeks.

Finally I came home one day and voilá! We had stairs! You can’t see it in this post because another week or so later they got around to placing potted plants on the edges, but what they actually did was just  build a metal staircase on top of the original stairs, which were composed of wooden beams with wide steps filled in with gravel.

It was really frustrating not to have access to the garden for months. Some people like to go up there and smoke, which beats smokers hanging out in doorways. Kids like to go up there and wander around on the plot of grass and the short little paths. The feral cat colony has a feeding station up there to limit the temptation of people feeding the cats near doorways where other less feline-friendly residents could get annoyed.

The other thing that I missed about our garden, especially as the weather warmed up, is the plants. For a small plot, it has an amazing variety of plants around the edges, and on the first day that we could go up again, I wandered around taking photographs of all the plants while Hawkeye explored the gravel paths winding out back with his dad.

So here are some of the plants we have. 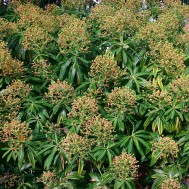 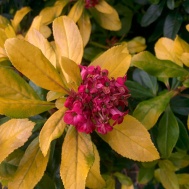 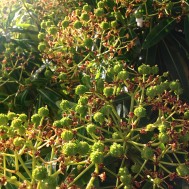 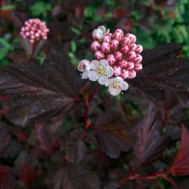 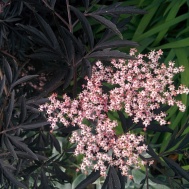 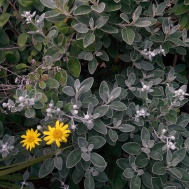 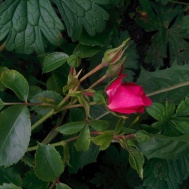 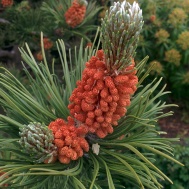 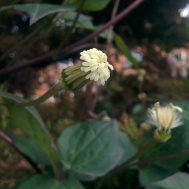 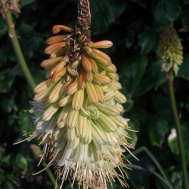 The only plant I recognise in there is known as the felis domesticus. It is a low profile shrub with a furry sort of leaf surface, which can sometimes hide very sharp, curved thorns.