A lot of candidates for happy moments today. I got a bit of a lie in. I went to the spa for a massage. The weather was sunny and glorious.

Best thing hands down, however, was Hawkeye at the zoo. We went for a short visit in the afternoon. It was well after 3pm but the place was still absolutely packed and we were lucky to get parking. Ice cream vendors were perched on nearly every corner doing a roaring trade, and by the time we tried to get some ice cream for Hawkeye the fridges were all nearly empty other than the some of the least wanted Magnum flavours. Hawkeye also completely refused to wear any sort of hat, though I did manage to slather on some sunblock before he ran away from me.

It was not our most successful zoo trip insofar as animal sightings went. We caught a glimpse of an elephant and we saw a penguin. There’s a short video clip of my husband and Hawkeye imitating sea lions but I value my life too much to post it in a public forum. The lions and tigers were mostly hiding, as were the orangutans and some of the monkeys.

Hawkeye did gaze in wonder at some turtles, snakes, and crocodiles in the Reptile House. My husband decided that it was a bit too early to insist on him being able to differentiate turtles from tortoise, which lead to me learning about the difference between turtles and tortoises. He blames my ignorance on the carelessness of American English, which uses the term “turtle” casually to refer to both species.

There was a low point in the middle of the trip when we stopped to get water but as we failed to secure some ice cream, Hawkeye was not very happy with us. We decided that the best remedy would be some familiar animals.

I don’t know how it started, but ever since Hawkeye was born there has been a wild animal theme in play, from the cot bumper with elephants, monkeys, giraffes, and zebras, to the stuffed animals he got as gifts, to the fact that we have four identical giraffe comfort blankies that he sleeps with (one for each bed, one for creche, and one spare one for laundry rotation). It was not intentional, but somehow giraffes and elephants have played a big part in Hawkeye’s childhood. So I suggested we go to the African plains to see the giraffes because they are always easy to spot and aren’t often prone to hiding.

Bless his little heart – he was trudging up the incline to the viewing area when the ridiculous heads of the creatures came into view and it took only one gesture for Hawkeye to spot them and shout “giraffes!” before picking up his pace and running forward at full speed. While he was full of quiet wonder throughout the whole time we were at the zoo, this was  the most exuberant excitement he had shown so far.

And while the giraffes weren’t as close this time as they often are, they did put on a show. Did you know that giraffes fight by hitting each other with their necks? I mean, it’s not enough that they are one of the most ridiculous creatures to ever evolve, but really? Hitting e 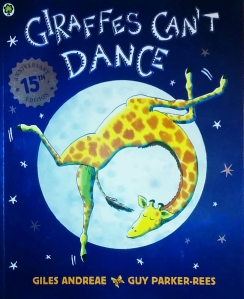 ach other with their necks? At first I thought that I was looking at a cozy couple. They were standing side to side facing the opposite direction, rubbing against each other almost as if showing affection, until one giraffe suddenly swung his ponderous head and whacked it off the rump of the other giraffe.

It wasn’t until much later that I thought maybe we have it all wrong. Maybe they were dancing! Maybe next time we go back to the zoo I will tell Hawkeye that one of those giraffes if Gerald and he’s finally found his moves.

The other thing we learned today is do not take the toddler into the gift shop at the end of a long day. Some quick thinking (I literally threw a toy at a cashier telling her that I will come back to pay for it before yanking an about-to-tantrum two year old out of the shop) salvaged the situation and we came back home with this little fellah.

I decided, unlike the tortoise/turtle situation, that maybe teaching the right names for things from the start was the way to go.

We could not convince Hawkeye  that it was not a monkey, even though I spent a lot of time saying “No tail, no monkey.” However, by the time we came home he was as inclined to say “no monkey” as “it’s a monkey” and the evening concluded with him holding it up and saying “gibbon!” to his daddy, so I consider myself to be victorious. However, I suspect it will be a short-lived victory and we’ll be back to the “monkey” / “no monkey” argument again tomorrow.

I’m strangely ok with this. Plan for next visit is to get a small monkey for comparison study purposes.